All the latest updates on Delta Dental and what we're doing to serve our communities and shape the future of customer-centered health care.

For media inquiries, please contact us by email here.

For customer service and all other inquiries, please visit our Contact Us page.

Transforming for the future

Edith Dorsey: Your story begins when someone believes in you 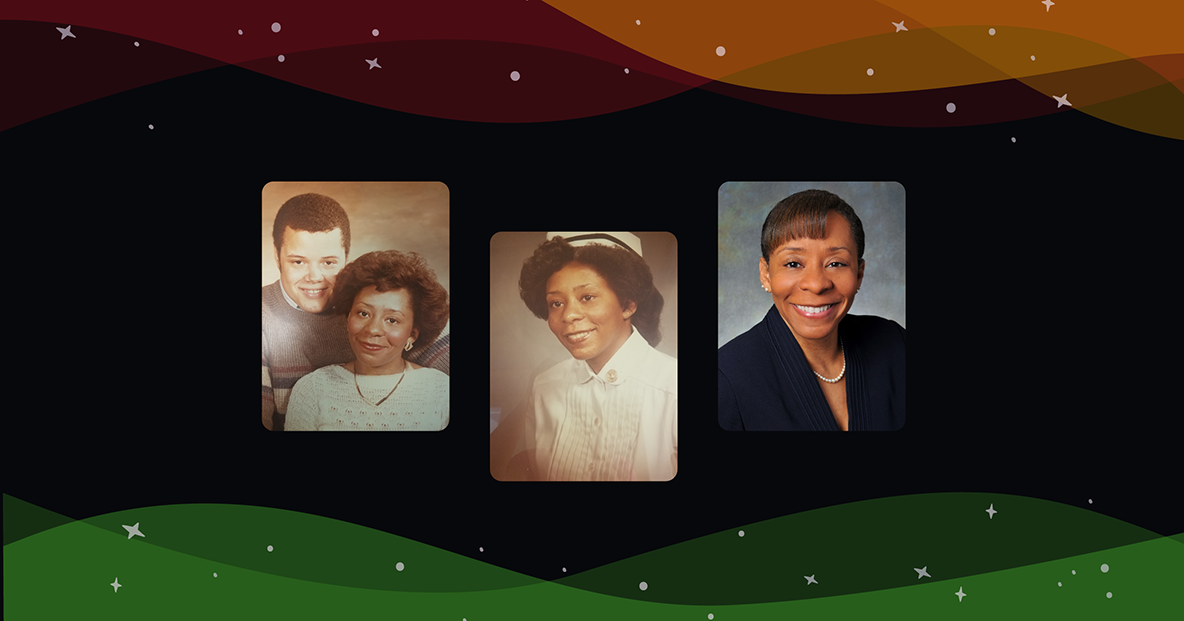 As we celebrate Black History Month, and as businesses make strides to develop bold diversity and inclusion strategies, I’ve been reflecting on the good fortune I’ve had to engage with exceptional leaders who encouraged me in my early years and taught me to believe in myself. As a little girl growing up in Pittsburgh in the 1950s, I had three or four teachers who told me that I could do anything I put my mind to. They cared enough about me to let me know that I could rise to a much higher level than what I could imagine for myself. Because of them, I developed a life-long love for mentoring and developing others and am passing along some of my life lessons here:


Be willing to get in good trouble.

During my senior year of high school, I had a teacher who didn’t treat me fairly. She gave me a lower grade than I felt I deserved on several papers, which resulted in me getting a B in the class.

I was less worried about the B itself than about how it might affect my chances of getting into college. I grew up poor, so my concern was about my ability to get into a good school and get scholarships.

The teacher who gave me the grade was known for having racial biases. Speaking with my mother once, she made the comment, “Edith will never achieve as much as other students.” She saw me as subpar.

I decided to speak up.

It wasn’t a matter of me confronting the teacher as much as I just wanted to make sure that this was really B-level work. The other motivation was my mother. She just thought that something was wrong; it was very unsettling for her.

I went to the grade-school teachers who had supported me. I reached out to them for help, and they had the intuition to realize that something wasn’t right. They had the common sense to say, “OK, if she wants to go to college, let’s give these papers to college English professors to see what they think about them.” When my teachers got the response from the professors, they confronted the administration at the high school. After that, the teacher involved had so much shame she couldn't even look at me. Honestly, I felt bad for her.

And the rest was history. I was given the grade I deserved.

Because of that, I graduated valedictorian. I got a full scholarship to the University of Pittsburgh. I was blessed to attend high school with students of all ethnicities, and they were more excited about me graduating valedictorian than I was because they saw this huge injustice rectified right in front of them.

At the time, I didn’t have any fear about speaking up, and maybe that was being naïve — I was in the 12th grade at the time. Maybe if I were older, I might have paused to consider whether I really wanted to do that.

But no matter what age you are, you have to be OK with speaking up. You’re going to leave a legacy. I’d rather speak up and, as U.S. Representative John R. Lewis once said, “cause some good trouble than to be silent and let people suffer silently.”

After college, I worked as a nurse in an intensive care unit. Everything there was very fast paced. You talked fast, walked fast, did many things at once and you did them all very quickly. Shifting from that environment to an executive-level role took me a while to do.

While working for a large insurance company, I would come in early in the morning. I would get off the elevator and I’d do my ICU walk right past everyone, all the way back to my office, very focused.

One day, my entire leadership team showed up. To this day, I can still see them approaching my office all at once. And it was one of those glass offices where everybody could see, and probably hear, what was about to take place.

One of them asked me to stand up. “You’re married, aren’t you?” he asked. I thought to myself, where is this going?

He then said, “I want you to show me how you walked down the aisle at your wedding. I’ll pretend to be the person who gave you away.” So we practiced my gait.

I credit my leadership team for taking my career to a whole different level based on the feedback they gave me that day. They said, “As you walk through the office, slow down. Remember, every employee has a Post-it Note on their head, and it says, ‘See me.’”

At the most basic level, people want engagement. They want you to see them and interact with them. And if you’re someone who’s on the other side of the glass, an employee, the lesson is the same. We’re all human beings. Don’t see your leader as a title sitting on a throne.

We all face the same challenges, and we need feedback. Have the courage to have an open crucial conversation. Feedback is GIFT (Giving Information For Transformation), and if you want to help somebody transform and be their best self, share. Because if your intent is heartfelt and it’s coming from a good place, it will be well received.


Create a culture of inclusion.

While I was interviewing for a job at another company, I was asked how I would change the culture. And I asked, “Well, what is it about your culture that you want to change?”

They said that they needed me to get a group of employees to agree to put certain performance metrics in their contract. Based on the negotiations they’d had so far, they said it would probably take me five years. I said OK, and they hired me.

It took me three months.

When I went to my boss and told him it was done, there was a long pause. I thought, “Oh my goodness, am I in trouble?” He got HR on the phone, and they said, “No, this can’t be — we worked on this too long.”

What I had done to shift the paradigm, to shift from the us-versus-them mindset, is called loving your employees.

When I met with the employees, I gave them a blank sheet of paper. I said, “You know what, I’m not going to provide the metrics for you. I want you to design all your metrics, and we'll go from there.” They did such a wonderful job that when they came back with what they designed, my boss thought I’d done it. They then got to present their work to the senior executives.

Later my boss and HR came to me to tell me how easy it was. What made it easy was to give employees a voice, to love them, to see them, to allow them to get the credit, and to just get out of their way. It was a matter of empowering them. How about we show up and love the people who touch the work every day?

Letting people know you really care about them — that’s the cultural shift.


Strive for significance, not success.

What lasting value does a title give to oneself or another person? Titles can go away; titles can be eliminated. When you serve another person and you’re able to touch them and help them move along in their career, your legacy will outlive you. You’re showing others how to do the same thing you did for them. They're going to remember that, and they’re going to want to replicate that.

I live and breathe for other people, and helping other people, because if I do my job right and instill something into you, something or some experience that I’ve been able to give to you, you’ll be able to perpetuate that.

Significance, on the other hand, is about what you can do for someone that will impart sustainable value to their journey. What can I do to serve them? What can I impart? It’s making their journey a little lighter, a little easier, so they can stand on my shoulders and I can help pull them along.

I firmly believe that when significant leaders go into organizations, they shift the culture. They deliver the results, and then they become less relevant as other people around them become more relevant.

To someone just starting out, discover what your passion is. Everybody has been given a gift. Find out what your gift is and start giving that gift away to everybody. That’s how you become significant. Start giving your passion away. Don’t make it about yourself. Just show up, take the lampshade off your bright light and shine.

Edith Dorsey is Vice President of Claims Processing for Delta Dental Insurance Company and is located in the Alpharetta, GA office.  After graduating valedictorian of her high school, Dorsey earned a degree in nursing from the University of Pittsburgh, an MBA, and a Ph.D., and has completed advanced leadership studies at The Wharton School of the University of Pennsylvania and Harvard University. Dorsey’s book DANCE™ Your Way to Happiness: Accomplish More in the Workplace with an Easy Problem-Solving Methodology was published in 2019.

All the latest updates on Delta Dental and what we're doing to serve our communities and shape the future of customer-centered health care.

For media inquiries, please contact us by email here.

For customer service and all other inquiries, please visit our Contact Us page.

Transforming for the future